Uva Province is one of the most underdeveloped provinces in Sri Lanka. Education is at a lower level than the rest of the country. Civil society in Uva constituting of clergy, local politicians, government servants and public, clamored for setting up of a university in the belief that it would enhance their opportunity for rapid development. In response to this clamor to establish a university in the Uva Province, the Uva Wellassa University (UWU) of Sri Lanka was established by government gazette effective 1 June 2005 in Badulla, three kilometers on to the Passara Road, in the salubrious surroundings of a panoramic location in the hills. In establishing this university, a team headed by Professor H.P.M. Gunasena submitted a report followed by a further detailed concept paper prepared by the Coordinating Committee for the establishment of the Uva Wellassa University headed by Mr. Chandra Embuldeniya. Based on this concept paper, which outlined a new model for the setting up of this university avoiding traditional pitfalls the UGC Chaired by Prof. B.R.R.N. Mendis cleared the way for this university. Mr. Chandra Embuldeniya was later appointed as Vice Chancellor effective 27 July 2005. The Committee who coordinated the process of initiating the UWU are Mr. Chandra Embuldeniya – Coordinator, Senior Management Consultant, Past President, National Chamber of Commerce); Prof. Nimal de Silva – Member (Professor of Architecture, University of Moratuwa); Mr. Nalaka Lankasena – Convener up to Mar 05 (Systems Analyst); Mr. R.A.U. Ranaweera – Member (Snr. Asst. Accountant, UGC); Ms. Vishaka Wanasinghe – Member (SAS/Legal & Documentation, UGC); Mr. Nimal Gallege – Convener Apr – Jun 05 (Head ICD, UGC). The university is located in a site comprising two adjacent lands; one acquired from the Ministry of Industries comprising 24 acres formerly ear marked for an industry park and another land acquired from Glen Alpin Estate of Balangoda Plantations Ltd., comprising 35 acres of tea in dilapidated condition making up a total acreage of 59 acres. The extent of land suitable for construction at this site approximates to 35 acres altogether due to hilly terrain. Cabinet approved the establishment of the university on this location on 26th October 2004. Cabinet approved the acquisition of the land belonging to the Ministry of Industries and the acquisition of 35 acres of the tea plantation. These approvals were executed and the Ministry of Education has ownership of the land being developed by the UGC under the UWU budget. The CECB was appointed as consultants to carry out designs and constructions of buildings in 2005. The actual construction commenced on August 2005 with the foundation laying ceremony attended by the then President, H.E. Chandrika Bandaranayaka Kumarathunga and then Prime Minister, H.E. Mahinda Rajapakse. The completion of the main lecture hall and the computer laboratory in Block “B” by May 2006 is a remarkable achievement. Blocks “A” ,”B” and “C” were completed within 2006 and Administration Block was completed in December 2006. The university has a strong concept based on the theme; value addition to the national resource base and supported by a young team of qualified lecturers ready to take off. The university initially operated from a small room provided by the Ministry of Education at 20, Ward place, and then moved to a house at 40/2, Cooray Mawatha, Rajagiriya to coordinate activities during the formative period. The University was restrained, by the Courts for any construction work in the site of Glen Alphin Estate for nine months and by the delay in relocation of Ministry of Industries and its few tenants, during the construction. Some tenants continue to occupy the university land and litigation is pending. The site is one of the best in Uva province for an university with a panoramic view in salubrious environment, conducive for achieving academic excellence; the university is going to be one of the best in the country for academic and research pursuits. 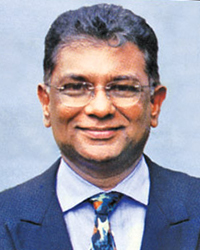 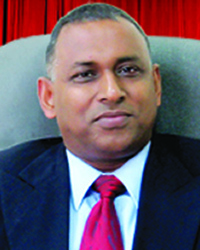 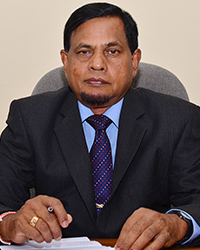 Sun and Energy Knowledge and Technology of Education Water and Prosperity Agricultural Resourses, Mineral Resources and UWU Represents Uva Wellassa University Our logo symbolizes the Theme of Uva Wellassa University. The circle at the crest shows the Rising Sun which is the source of energy and the symbol of knowledge that the University generates and disseminates. It has a Concentric Inner Circle, which also symbolizes modern technology used to disseminate knowledge. Our lecture halls are circular well-shaped to facilitate greater communication within. We use cutting edge IT for teaching, learning to cater to a larger segment of our education hungry students. The Blue Stream symbolizes water from the sky enriching the soil and flowing down to the agricultural land. The Triangle symbolizes the earth representing the mineral resources and the University aims to develop technology for value addition. The Three Green Leaves represent our agricultural resources and particularly tea. UWU stands for Uva Wellassa University. The overall logo states that we generate and disseminate Science and Technological Knowledge on Value Addition to Our Mineral and Agricultural Resources enriched by sun and water from the sky using modern methods of education.